The Law Offices of Alexander Bespechny was founded on the principle that everyone is entitled to competent, trustworthy, and aggressive legal representation. The attorneys at the Law Offices of Alexander Bespechny will fight for your legal rights and will seek full and just compensation for the injuries you’ve received due to the negligence of another.

Meet Our Experienced Attorneys
If you have a personal injury case, you owe it to yourself to have a lawyer that will be attentive to your needs. 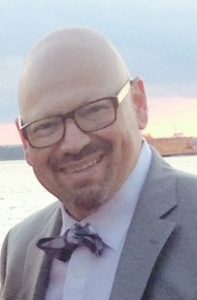 Mr. Alexander Bespechny received his undergraduate degree at Brooklyn College, where he graduated with honors in 1991. He then attended Brooklyn Law School and graduated in 1995.

Following graduation, Mr. Alexander Bespechny began his own practice so he could zealously represent personal injury victims where he has continuously and diligently devoted his energy to representing individuals injured as a result of the negligence of someone else.

Marina Tasevich
Marina received her Undergraduate degree from Syracuse University in 2001 and then attended New York Law School, graduating in 2004. She has been practicing law with the Law Office of Alexander Bespechny since then.

Renata Vizental
Renata is an associate at the Law Offices of Alexander Bespechny, specializing in the personal injury field.

Renata Vizental obtained her Bachelor of Arts degree from Fordham University in 2005 and received her Juris Doctorate degree from New York Law School in 2010. Ms. Vizental represents clients in negligence cases involving automobile, premises and slip and fall accidents. She has successfully litigated and obtained substantial settlements and verdicts for her clients.

Yelena Gordiyenko
Yelena has been with the firm for over a decade, first as a paralegal and now as an associate attorney. She obtained her Bachelor of Arts from Hunter College in 2013 and then her Juris Doctor, Cum Laude, from Elisabeth Haub School of Law at Pace University in 2017 with a Business Law Corporate Concentration. She is admitted to the New York State Bar and federal courts for the Southern District and Eastern District of New York and is an active member of the Bronx Bar Association. Since her admission, Ms. Gordiyenko has engaged in the practice of civil litigation, with a focus on personal injury and general negligence. Her motivation and devotion to her clients makes her a zealous advocate in this field.

Contact Us for a FREE initial consultation for your personal injury case.